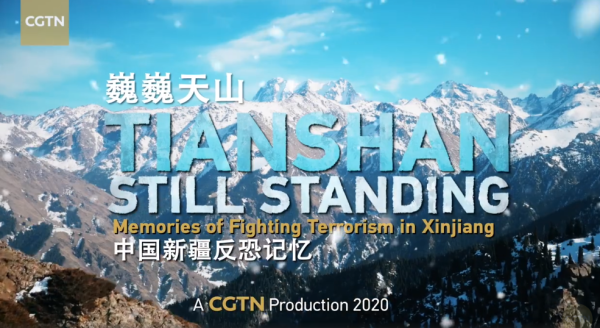 "Some wounds even time can't heal," Xia Yeling, an Urumqi-based psychologist said. For the past decade, she has been treating hundreds of patients suffering from post-traumatic stress disorder (PTSD) due to the July 5 riots in 2009 in the capital city of China's Xinjiang. The killing sprees that resulted in 197 deaths and over 1,700 injures plunged the city into shock and panic, and etched indelible scars in the hearts of survivors and witnesses.

Traumas inflicted by humans are harder to heal than those from natural disasters, according to Xia, because trust between people has deteriorated in the midst of blood-curdling violence.

Between 1990 and 2016, thousands of terrorist attacks plagued the vast land of Xinjiang. Large numbers of innocent lives were lost in horrific stabbings, shootings and bombings. For survivors, the psychological toll could rival that of physical casualties. Xia told CGTN that those suffering from PTSD range from middle school students to seniors over 80 years old.

When symptoms of trauma don't go away, people have no alternative but to move on. Mirexmetjan Rozi, a survivor of the Id Kah Mosque assassination on July 30, 2014, has never returned to the mosque seated in the city center of Kashgar. On that day, three terrorists appeared, pushed him away and hacked at Imam Jume Tayir's neck and head. He failed to save Jume Tayir after he was stabbed in the thigh and has been grieving ever since. "Just thinking about it makes me break out in a cold sweat and want to cry."

Over 800 kilometers away, Dilqemer Tursun, both a witness and survivor of the bomb attacks in Luntai County of September 2014, is helping people as a rehabilitation therapist. At 21 years old, she lost her leg to an explosion while shopping with her family. "I heard my nephew crying and my mom yelling for help. Then I found myself gazing at my severed leg," she recalled. For months after that, she couldn't sleep, besieged by nightmares.

For her, there's an intertwined feeling of hate and forgiveness for the terrorist. "They must have been brainwashed by the violent videos. I think they are also victims."

Dilqemer lives on with her trauma, hoping to get a driver’s license and buy a car one day. Her greatest dream is to buy a bigger house for the whole family.

While residents have paid dearly for terrorism in the region, those on the frontlines constantly face the threat of death. As police deal with terrorists who use weapons ranging from homemade bombs to AK-47s, they have lost many colleagues in the line of duty.

In April 1998, police officer Long Fei lost his life during a raid on a household in Yili prefecture that was suspected of harboring a cache of weapons. He was a squad leader that led the attack on the terrorist hideout, but was killed when terrorists opened fire and shot him in the neck. In what turned out to be an even greater insult to his memory, Long's gun was stolen by a terrorist who fled and was later used to murder two policemen, named Kong Yongqiang and Nurtay Anwerbeg, two months later. During that assault, the terrorist was shot while attempting to escape through a window.

The sacrifice of the three police officers was not in vain. Retired police officer Abduraxman Peyzi said they had given their lives for Xinjiang's stability.

Due to the chaos in the region, simply being a police officer made one a target. The daughter of Xudaberdi Toxti saw terrorists hack her father, a policeman, to death one night, then they killed her brother when he tried to save their father. Peridem said she still feels uneasy when she sees people wearing red since it reminds her of the blood she saw then.

These attacks on regular people and police led to increased security in the region as all manner of violent attacks became more prevalent. Yalqun Yaqup, deputy director general of the Xinjiang Public Security Department, said in an interview with CGTN that the terrorists' methods have become increasingly "brutal" as they use anything from blades and guns to suicide bombings. He showed CGTN for the first time ever a cache of 5,000 homemade grenades seized in 1999 from the terrorist group "Kuresh," as well as 15,000 weapons seized in 2006, some of which were smuggled from abroad.

In the fight against these "violent terrorists," Yalqun Yalqup said law enforcement personnel are doing all they can to fight against rampant terrorism fueled by extremism.

The aim of our documentary is to shine a light on the violence that wracks the far-western region of China, and remember both the individuals who have lost their lives and the survivors in the continuing struggle against the dangerous ideologies that fuel death and despair.

This is the third documentary in our series chronicling how terrorism plagued Xinjiang and how its people have been living through the trauma in its aftermath. We present you with the first two documentaries — each under an hour — below. 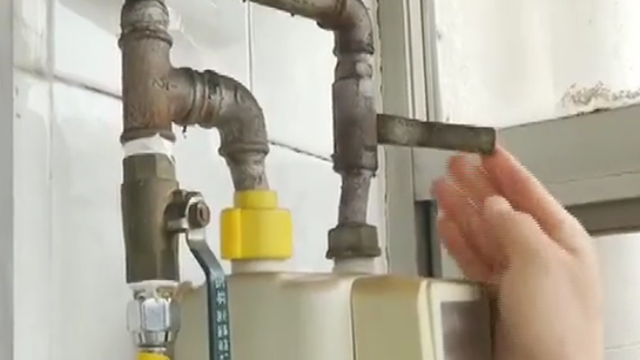