WHAT ARE THE SOURCES OF THE POLITICAL VIRUS?

WHAT ARE THE SOURCES OF THE POLITICAL VIRUS?

uld be treated before it gets worse. The world is still struggling with the COVID-19 pandemic, and all countries need to join...

While the biological virus is a common enemy of humankind, the political virus born out of certain American politicians is equally detestable, for it has damaged the global anti-epidemic cooperation and impeded the long-term development and progress of human society. The virus in the political world has done even more damages than the virus from the natural world.

What are the sources of this political virus then?

It is rooted in the selfish interests of a handful of American politicians. Not long ago, the American media revealed that senior US officials had handed down documents to a number of federal agencies requesting all federal employees to speak consistently about the pandemic and blame China for everything. The document was practically a confession of the US government on how it implemented the buck-passing. As 2020 is America’s election year, some American politicians are so crazily intent on fabricating all kinds of fallacies about “holding China accountable,” attacking the WHO for being too “China-centric,” and even criticizing some state governors for poor epidemic response, all to keep the epidemic from affecting the election. Such unscrupulous “political shows” reflect how desperate these politicians are to cover up their misconduct both in the decision and execution of their response, with a purpose of deflecting the public grumble.

The political virus is a tumor stemming from racism. After the WHO and the scientific circle named the novel coronavirus COVID-19, some American politicians deliberately ignored the new nomenclature and insisted on calling it the “Chinese virus”. It is an international consensus not to label a virus with a region, state, or nation, which is also a universal principle that the international community should uphold. Yet these American politicians are determined to defy the world by intentionally steering public opinions in the direction of racism and xenophobia, and practicing racial discrimination. The use of the term “Chinese virus” for coronavirus laid bare the absolute absence of common sense, conscience, cooperative spirit, and morality in those politicians infected with the “political virus”.

The political virus derives from the Cold War mentality. A small group of American politicians have been obsessed with political maneuver and slandering China, especially the US Secretary of State Mike Pompeo, who has been busy fanning flames and spreading rumors. The “political virus” ingrained in their mind is the hotbed of all their vicious intentions. They have the wishful thinking that accusing China of the so-called “mask diplomacy” would offset its influence; vilifying China’s aid to help build the African Center for Disease Prevention and Control as an attempt to “steal genome data” would drive a wedge between China and Africa; and egging other countries to claim reparations from China would pin the “original sin” of the virus on the country.... These whimsical whoppers are nothing but Washington’s attempts to curb China’s development.

The political virus is rooted in the obsession with “great-power competition.” The US government labeled China and Russia as the biggest challenges to US national security in its latest National Security Strategy and National Defense Strategy, and declared the reemergence of great-power competition. During this global crisis of COVID-19, certain American politicians, going out of their way to make “ammunition to win the great-power competition,” have gone all out to oppose China in every possible way and tried hard to cover up America’s embarrassment of ineffective epidemic control measures by smearing China, rather than focus on preventing the virus spread. As we can never wake up someone pretending to be asleep, perhaps the best way is to leave him alone and “not even turn our eyes in his direction,” as the famous Chinese writer Lu Xun once said.

The disease has seeped down into the skin and should be treated before it gets worse. The world is still struggling with the COVID-19 pandemic, and all countries need to join hands in defeating it. We advise the American politicians with ulterior motives to stop the misdeed and change course before it’s too late. We also call on the international community to stay on high alert and take strong measures to prevent the American political virus from spreading to do more harm to the global anti-epidemic efforts and the normal international order. 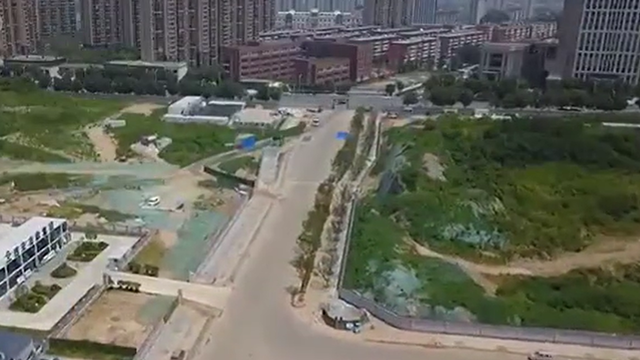